I finally took some time to see the film Big Eyes.  This Tim Burton Margaret Keane biopic was very palatable as far as true stories go.  The movie wasn’t entirely drenched in Burton’s voice, allowing the generally striped macabre set pieces to take a back seat to the emotional conflict between its stars Amy Adams and Christophe Waltz.

Margaret Keane is noted for painting large eyed waifs.  Melancholy, inquisitive, and frightened they managed to evoke an emotional response from the general public and send her to stardom.  However, she wasn’t the one reaping the rewards of her labors…..her husband Walter Keane was.  Walter had lied to the public for years claiming he had painted these children.

It’s difficult to imagine hiding such a great secret.  However, with the right combination of metal manipulation and pluck people can convince you of anything, even regarding your own self worth and ability.

In that sense Big Eyes answers a larger question about humanity.  Without the ability to paint Walter Keane somehow felt worthless-regardless of being a successful man in real estate.  Perhaps a great section of the public wants what they can’t have and leeches off those who do to feel that moment of greatness.  To keep that feeling they demote others, put them down, and in a sense have the upper hand, they are in that moment the success as fleeting as those seconds may be.

I recommend this movie even if just for a pleasant history lesson.  It’s plain to see Margaret painted from the heart, the emotion plain as day.  There is triumph in her reclaiming herself and crawling back from underneath the shadow of her mentally abusive husband.  Hopefully it will inspire others to do the same.

In the meanwhile let these eyes be the windows to your soul, because they are massive, honest dinner plates of hope and doesn’t that sound delicious? 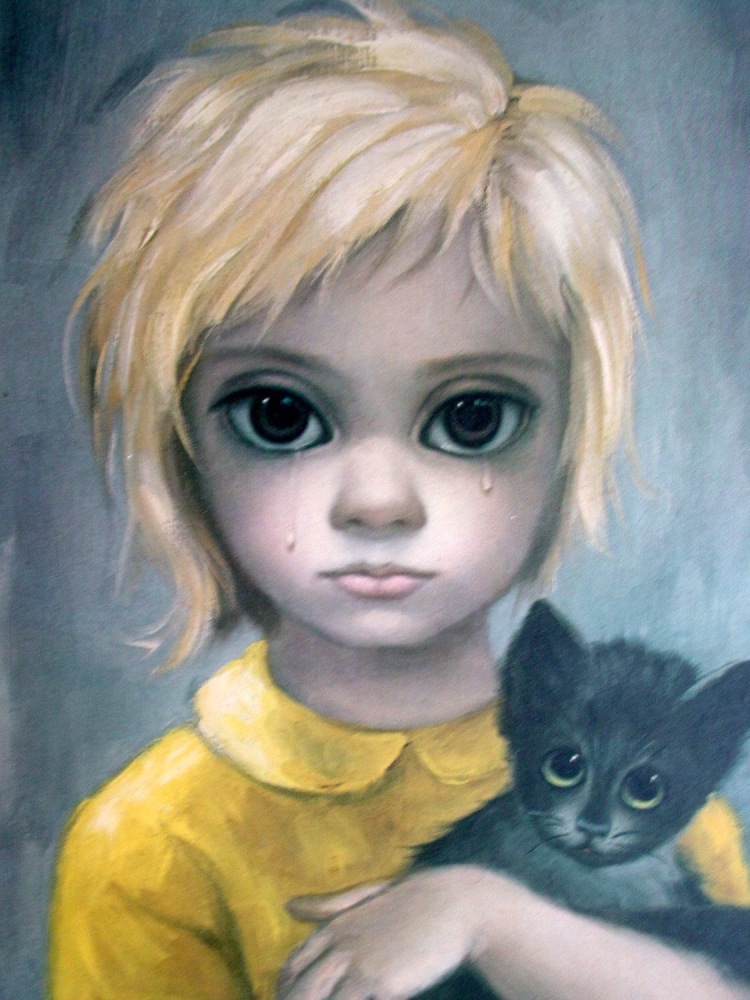